Is 2018 the Year AdTech Meets Blockchain? 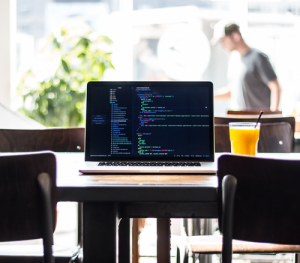 The blockchain is front and center in many technology conversations in 2018. While the discussions may start with a mention of Bitcoin, the most well-known application of blockchain, they end by looking for new ways to use this innovation. The adtech industry is no exception to this rule.

How Blockchain Can Work in Adtech

Ad fraud is one of the biggest challenges facing advertising companies today, with an estimated $7.2 billion lost due to this issue. The blockchain could eliminate some fraudulent vectors by acting as a secure ledger for all transactions.

A lot of ad inventory problems occur due to the intermediaries involved in the ad buying and selling process. Publishers and advertisers could reference blockchain transactions to ensure that no one in the process is pretending to be another business or website.

Since the ledger is a single source of truth that’s secured by its distributed nature, you can verify ad inventory and other information involved in this process. Another way the ad industry could leverage blockchain is through using blockchain-powered contracts, which facilitate data-sharing and standardized protocols.

When a company makes a transaction, their systems check the blockchain to verify that it’s authentic and adheres to the rules of the contract set in place by all parties.

The Current Hype About Blockchain

Blockchain technology has been around for several years, so why is it getting so much attention now? Bitcoin nearly reached $20,000 per coin in December 2017, and now many organizations are investing in blockchain and looking for ways to create their own successful (and profitable) iterations of it. While the value of Bitcoin went back down after New Year’s, blockchain research and development initiatives continue across many industries.

While you hear a lot of hype for all the revolutionary ways it can work, blockchain is still relatively early in its lifespan. One of the biggest barriers to adoption for the advertising industry is its inability to keep up with real-time transactions. When you work with programmatic platforms, this roadblock is one that needs to be addressed before you’ll see mainstream acceptance.

The Interactive Advertising Bureau created a Blockchain Working Group to investigate the possibilities of this technology. Some of the areas this group focuses on includes:

The thought leaders involved in this group cover a lot of ground in adtech. New use cases, potential implementations and the far-reaching impacts on the industry will be considered in their reports and research.

Kochava, an organization already in the advertising analytics sector, is working on XCHNG. This is a blockchain development platform that may make it easier for risk-adverse advertising platforms to embrace new technology, due to its focus on an end-to-end ecosystem. Other startups are popping up in adtech, fueled by enterprises wanting to be early adopters, as well as venture capitalists seeking out new applications for the blockchain.

The interest in the blockchain, as well as the investments flowing into this technology, make it possible for 2018 to be the year it works in advertising. Even if it doesn’t find a place on every platform, no one can deny that it’s beginning to generate a lot of momentum.