Programmatic 101: The Winners & Losers of GDPR 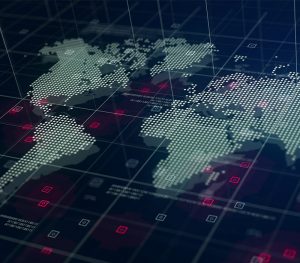 Have you been getting a whole lot of “privacy policy updates” to your e-mail inboxes? It may seem a little redundant or even annoying at this point. It’s all due to a new European legislation called GDPR, or General Data Protection Regulation. The measure has been in the works in European government since 2012. The EU took on the task of creating digital privacy reforms. The process took almost four years, and was passed in late 2015, and became active on May 25, 2018.

GDPR is basically a set of rules about how data is to be handled. The new policy applies to any business located in the EU, and any business that has customers there. Under the law, data must be collected under certain conditions, and it must be protected in a certain manner to stop leaks and hacks from happening.
The law puts more of the onus on the person holding the data if sensitive information leaks to someone it shouldn’t. The law pertains to personal data which could include names, addresses, phone numbers, IP addresses and biometric or genetic data.

Who Benefits the Most from GDPR?

Obviously, the big winners of GDPR are the people whose consumer data is at risk whenever they submit it to a company. Now they can surf the net, shop and do everything they want to do online without as much fear or worry that their data will be at risk. Sure, all the e-mail notifications about the changes in privacy policies has probably been a little annoying, but overall this European legislation is good for everyone worldwide. With so many multi-national companies, American consumers benefit too.

Websites with a Focus on Subscriptions

Due to GDPR’s focus on consent to data collection and usage, online publishers and companies who already have a focus on subscriptions and consent don’t have to change much about their existing policies and actions. These online sites and networks probably won’t see traffic or business affected much by this new legislation putting them squarely in the winners category.

GDPR creates a new opportunity for lawyers to pounce on businesses worldwide who are not compliant with the new law. Lawyers only have something to gain from new legislation that creates more opportunity for legal hassles. Hence the recent warnings about the possibility of “ambulance chaser” GDPR lawyers.

Who Needs to Watch Their Back?

Large companies have the resources to easily and quickly overhaul their entire privacy policy and data collection policies. Small businesses do not. It has been a real hassle and expense for some of these smaller companies to enact and comply with the changes set forth by GDPR.

Additionally, while large companies have the resources to deal with the legal hassles this law may create, small businesses may struggle to cover the expense of a lawsuit related to this new law.

Facebook & Other Large Tech Companies That Rely on Ads for Income

Facebook uses so much of our data. It’s not even clear exactly how they do, but with the recent Cambridge Analytica scandal, it’s clear they use it in ways that we don’t even know about. The data that the site relies upon to make money,by using it for advertising, will be harder to get.

Even so, many predict that large companies like Facebook and Google will overall win in the long run, since smaller advertisers and publishers may be pushed out of the market due to the challenges of GDPR compliance.

Want to find out more about how GDPR may affect your business’ advertising tactics and conversion rates? Contact Source Knowledge to see how we can help.