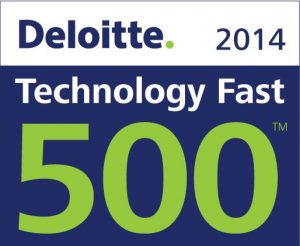 SourceKnowledge President and Co-Founder, Patrick Hopf, credits revenue growth with increased demand for digital video content, platform diversification, and SourceKnowledge’s powerful Smart Bidder RTB technology. Hopf said, “We are honored to be recognized by Deloitte as a fast growing and innovative company. Online video advertising presents a massive opportunity for brands and advertisers to reach consumers no matter where they consume media online. SourceKnowledge’s self-serve programmatic platform provides an easy and affordable system that enables those brands and advertisers to engage with audiences across any device. We believe mobile is the future of our industry and we are thrilled that we were able to grow our mobile impressions by more than 12 million in the last year.”

“Technology Fast 500TM winners achieve success and strong growth as a direct result of their leadership and commitment to innovation,” said Pascal Lamoureux, Partner and Leader for Deloitte’s Fast 50 program. “They make significant contributions to the evolution of the technology industry.”

In 2014, SourceKnowledge experienced exponential growth in more than just mobile reach. SourceKnowledge increased desktop video ads served by 584 million impressions from 2013 to 2014. Potential reach, based on comScore media metrix, increased by 1314% in the US, and by 1277% in Canada. In September 2014, comScore announced SourceKnowledge ranked 13th on their list of top buy side networks.

SourceKnowledge is a leading programmatic marketplace for video advertising with 250 million uniques in North America. Brands and agencies trust SourceKnowledge to offer the largest video ad inventory, ensure brand safety and viewability, as well as deliver at scale on desktop, mobile devices and Connected TV. Founded in 2009, SourceKnowledge is a Top 20 ranked video ad marketplace (comScore, AdFocus Report 2014) located in Montreal and Vancouver with clients around the world