Native Ads: How Do They Work, and Why Are They Great? 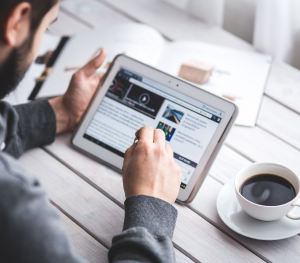 Have you ever clicked on a compelling online article or video that served, not only as an interesting bit of education, but also as a branding or advertising statement? If so, you’ve already experienced the power of native advertising from the customer’s end of the equation.

What Are Native Ads?

Native ads, also called contextual ads, typically take the form of news articles, press releases, human interest pieces, or short videos. Native ads are so called because they pop up, chameleon-like, amidst whatever type of media they’re meant to mimic. For instance, a native ad written in the style of a news article might appear on major search engines’ news pages.

What’s the difference between a native advertising article or video and an ordinary inbound content marketing piece? After all, both forms of content exist to promote your brand, products and services. But native advertising may appear on a variety of pages, news feeds, and media channels, while content marketing is more likely to appear on your own brand’s sites, pages, and channels as a means of drawing qualified prospects into your sales funnel.

Another critical differences lies between native advertising and traditional display advertising. Display ads are positioned apart from other forms of content so that viewers can see right away that they’re simply ads. Native advertising looks just like the media surrounding it, except that it sports a small “Sponsored by” or “Paid Ad” label.

Why is native advertising so much more powerful and beneficial than display advertising or more limited forms of content marketing? Consider these important advantages:

Wider reach – The marketing content on your own website, YouTube channel, landing pages and company blog can only push your message as far as the marketing footprint you’ve already established for yourself. Native ads can appear wherever other, similar content exists, including Google News and other worldwide presences. They’re also (usually) visible even to viewers who use ad blocking extensions (unlike display ads, which are commonly filtered by such extensions).

More attention – Because native advertising delivers relevant, original content that genuinely interests its target audience, this form of advertising doesn’t just grab eyeballs; it holds onto them. Viewers/readers can tell that they’re experiencing an ad, but they don’t care because they’re getting valuable or enticing information in exchange for their time.

An explosion of brand awareness – A truly catchy or entertaining native ad can go viral as audience members reward it with repeat viewing, boost its rank with likes, and draw their friends and colleagues’ attention to it. Suddenly, everyone is talking about or experiencing your brand in the context of “this amazing thing I found online.” If some of those impressed parties include major online influencers with huge followings, you’ve got a hit on your hands.

Are you ready to “go native” with your online advertising strategies? Contact SourceKnowledge to put native advertising to work for you!