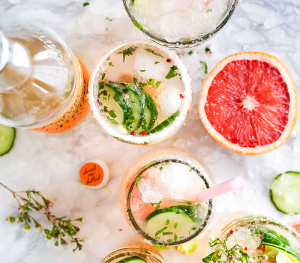 SourceKnowledge partnered with a Ready to Drink (RTD) beverage client to run a targeted, cross-device Pre-Roll campaign. The client was seeking to improve brand sentiment and shift perception of the brand to focus on a more mature, sophisticated audience with a targeted mobile and desktop pre-roll video strategy.

Deliver pre-roll video ads focusing on core beverage products to a target audience of women 19 – 39 in Canada, with a focus in British Columbia. The goal was to not just increase awareness but to shift sentiment and perception, and improve brand health, recall, as well as intent to purchase.

The campaign employed three :15 skippable pre-roll video ads that were provincially targeted across Canada and delivered on mobile and desktop devices. Creatives were analyzed based on completion rate and delivery was optimized to display the most effective ad based on audience data within the benchmarks established in the original media plan. Demographic, behavior, location, and device data were used to project potential creative performance. In a period of 123 days, SourceKnowledge delivered over 5M completed views on sites that were analyzed to deliver the greatest possible impact.

SourceKnowledge also executed a survey in collaboration with Millward Brown to measure the impact on viewers that saw one of the ads against a control group that were randomly selected within a demographically matching sample population. Survey respondents in the ad group were only recruited for the survey within a 15 day window following a completed view of the ad while the control group was recruited for the duration of the campaign.