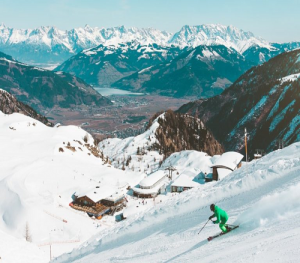 A ski resort giant in Alberta, Canada joined forces with SourceKnowledge to pursue a full funnel performance-optimized banner campaign with the goal of maximizing season pass sales. The resort’s main goal was to attract ski and snowboard enthusiasts in the immediate area to invest in the season pass, which is priced between $600 to $1000. The ski resort wanted to attract high value customers and therefore leveraged SourceKnowledge’s full funnel approach to move their customers down the path to purchase.

The resort understood that the audience size was relatively small in order to attract local skiers and snowboarders. With multiple ski hills and resorts in close proximity, SourceKnowledge was tasked with identifying and targeting the very small audience of ski and snowboard enthusiasts within a tight geo limitation that would be most enticed to purchasing a season pass.

Pre-campaign, SourceKnowledge leveraged its audience engine by conducting machine learning analysis on site visitors and converting audiences of the resort’s website. This data feeds into SourceKnowledge’s data pool and then segmented into audience cohorts based on the user’s position in the funnel and their conversion potential. The geo-targeted audience consisted of residents from major cities within the Alberta area, such as Calgary, Edmonton and Canmore, with peak interests in outdoor activities, skiing and snowboarding or looking for winter travel and activities within Alberta. As the campaign was for early bird season pass sales, the resort implemented a deadline that expired in the middle of October. Therefore, the one month spend of the campaign was focused towards the middle of October in order to bring back users to the website and give them the opportunity to purchase before the pre-sale was over. It was also shown that the majority of conversions were made closer to the end of the campaign which SourceKnowledge has tended to observe in other similar campaigns and is able to apply this historical data when relevant. All of this on-site data collected was then brought back to a conversion data optimization stage where the data is analyzed based on behavior and value propositions and is then funnelled back to the prospecting stage to continuously refine targeting. In order to create a strong lifetime value, a follow on campaign was used to upsell a loyalty card that allowed season pass holders to have access to other hills within the area as well as multiple additional benefits for a fee.