Why the Internet Needs to Stay Free 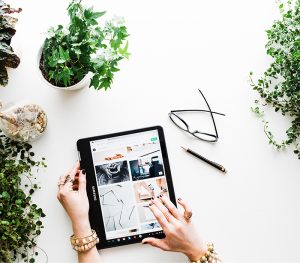 The debate over an open internet has been an ongoing one, with the FCC and Congress weighing the concerns of consumers, internet carriers and the businesses that rely on them. The basic net neutrality rules that are now under debate began in the early 2000s, as carriers began blocking consumers from applications that used the internet in ways that conflicted with their services. Designed by then-Chairman of the FCC Michael Powell, the following four freedoms became the foundation for the concept of net neutrality: freedom to access content, freedom to use applications, freedom to attach personal devices and freedom to obtain service plan information.

Recent activity on net neutrality rules, which only received legal backing from the DC Circuit Court of Appeals in 2016, has brought the debate to new levels. In December, the FCC voted to repeal the rules, an action that the Senate recently voted to overturn. These moves have again raised questions of whether net neutrality should be regulated and whether or not the internet should be open and fair to all.

The Fight for Internet Freedom

Most of the argument against the net neutrality rules centers on the impact it will have to the future of internet access and infrastructure. Proponents of abolishing the regulations claim that they stifle advancement and the extension of internet access to underserved regions. Others claim that development of the technology and platforms progressed before net neutrality and will continue without the government oversight.

On the opposing side, there are equivalent claims that repeal of net neutrality will stifle progress. The claim is that without these regulations, carriers will have more control over internet services, allowing them to block competition and charge excessive amounts to businesses that use their networks to deliver content and services – such as internet conferencing and video streaming. This would create less incentive for new businesses and platforms to attempt to compete and innovate, leaving development of the internet up to the carriers.

The Importance of Net Neutrality for Small Businesses

The net neutrality debate also has significant consequences for small businesses like yours. Thanks in part to the protections of the net neutrality regulations, businesses both large and small have a relatively equal opportunity to promote their business online based on the quality of their product and advertising, and their popularity — rather than relying solely on a large budget to drive traffic. In a post-net neutrality situation where website owners must pay premium rates for consumers to access their content, new business won’t be able to grow online before they are crushed by their more powerful competitors.

A free and open internet has also been an essential factor in the growth of today’s most well-known startups. Cards Against Humanity, Shopify and MailChimp are well-known brands that used the internet to grow little more than an idea into major companies. The issues created by a repeal of net neutrality could prevent the next round of startups and innovations — both online services and physical products — from getting the attention and backing they need to be successful.

From a brand and marketing perspective, a free and open internet supported by net neutrality regulations makes sense. The benefits of an open web mean that popular content, services and products will be successful on their own merit and the creativity of their teams, rather than be suffocated by the big budgets of rivals. It also ensures that important innovations for the internet and beyond have the opportunity they need to make an impression and grow from startup to corporation, as many brands have in the past.