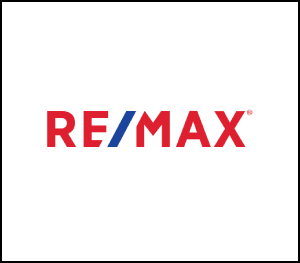 With past campaigns typically based around an awareness goal, the first RE/MAX performance campaign was set up to leverage a 3-stage conversion funnel which focused on an end goal of users submitting a form to schedule a property viewing. The challenge for RE/MAX was incentivizing users that have looked at multiple properties to move down the conversion funnel and submit an inquiry. They were looking for a solution that would set proper benchmarks and create actionable results to generate measurable outcomes.

RE/MAX understood that simply posting property listings and creating awareness would not be sufficient to generate form completions. The housing market’s key driver to success is acquiring customers at the consideration stage of the customer journey. RE/MAX leveraged SourceKnowledge to create an effective method to build a path for the user to move down the conversion funnel.

The strategy used a combination of video and display ads, delivering conversions on a multi-touch attribution model through a 3 step conversion funnel.

The 3-step conversion funnel encompassed the customer journey elements of awareness, consideration and decision stages. The end goal of the funnel was for users to book a property viewing. With the integration of the SourceKnowledge platform, RE/MAX was able to leverage all the data within the entire funnel and follow customers through their own journey. In step 1 of the conversion funnel, prospects were exposed to an introduction video of RE/MAX. Success was measured by DRTV metrics and those that viewed 50% or more of the video were moved on to step 2 of the funnel. Step 2 users were retargeted with display ads that lead to RE/MAX’s blog. Readers of the blog were then moved down to step 3 of the funnel and retargeted with display ads that lead to booking a property viewing or contact an agent. Success in the final stage of the campaign was measured by the amount of leads, indicated through inquiry form submissions.

‘RE/MAX engaged our agency, Think Mint Media, to roll out our first conversion-optimized campaign using the new REMAX.ca website. They recommended Source Knowledge based on their innovative approach to digital marketing. The SourceKnowledge full stack approach has yielded strong results, and has allowed our agency to set conversion benchmarks and goals for future campaigns.’