What Is The Walled Garden

When we talk about a walled garden, we aren’t talking about snaking vines and colorful flowers. We are talking about digital walls that keep certain online activities behind the wall of tech sector power players. While some would say these barriers support better customer experiences and safeguard important information, it is not the only solution. From brands to retailers and smaller Shopify stores, maneuvering around the walled garden is not easy, but doable. 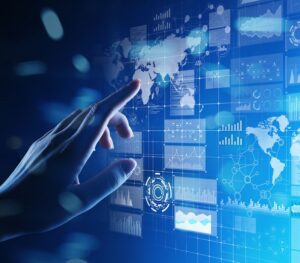 E-commerce walled gardens can be found in the likes of Google, Facebook and Amazon. Consider that in 2021, those three entities alone dominated digital advertising. Google accounted for an estimated 28.6% of the total digital advertising revenue in the United States, and to this day, remains the largest digital ad publisher in the country. Facebook was next, with 23.8% of total ad revenue. Following behind it in third place was Amazon at 11.3%.

That represents nearly 65% of all digital advertising, which is a whopping number. Digital ad spends represented $191 billion in 2021, which is more than the GDP of most countries. And with just Google, Facebook, and Amazon accounting for well over half of that, you get an idea of how much money and market share these three companies alone gobble up.

Now, you may be wondering, “How on Earth can those three companies take such a big piece of the pie?” Well, it’s a very valid question and there is no single reason. One obvious reason is how these companies use the power of the vast amounts of consumer data they hold, giving them a massive leg up on everyone. They attract everyone into their ecosystem, from the mom-and-pop shop to the giant retailer, digital marketer, advertising publisher and everyone in between.

Another facet of walled gardens is that they are not agile. It takes weeks before campaigns can be optimized with new channels and opportunities. This slows down a growing market for advertisers with no trace of automation.